saffron is the most valuable medicinal food product. The dried stigmas of the plant Crocus sativus (Iridaceae) are processing to produce saffron as a well-known spice which has some other importance in pharmaceutics, cosmetics, perfumery, and textile dye-producing industries. Recently, reports about the pharmacological activity of this plant increase its importance in the world. World’s annual saffron production is estimated around 300 tons per year (Iran produces 80% of total) and also saffron is considered to be the most expensive spice in the world; hence, there are efforts for its artificial production or defraud.

saffron has been used in folk medicine and Ayurvedic health system as a sedative, expectorant, anti-asthma, emmenagogue, and adaptogenic agent. saffron was used in various opioid (Opioids are narcotics that act on opioid receptors to produce morphine-like effects. Medically they are primarily used for pain relief, including anesthesia.)  preparations for pain relief (16-19th centuries).

In the East, saffron was generally used to treat light to moderate depression; it had the reputation to bring cheerfulness and wisdom. Because of this, it is said that it has aphrodisiac properties for women. 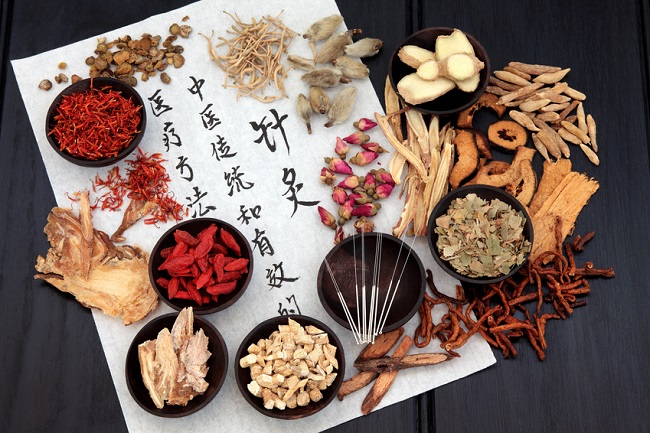 In Morocco, saffron is part of a remedy passed down from mother to daughter still used to relieve tooth ache when babies get their first teeth (for external use: analgesic for gums), by massaging gums with a gold ring coated with honey and saffron, a lotion with natural antiseptic properties. In France, the well known Delabarre syrup took up the same recipe. Grand-mothers also relieved young women’s painful periods by giving them tea or milk with saffron.

saffron plays an important role in the traditional Chinese medicine and is still used for many pharmaceutical purposes today. The ingredients of the crocus plant that is mainly used as a spice in Europe, stimulate the life flow, according to the Chinese teachings. Indicators are metabolic diseases, anaemia, restlessness, mental stress, but also elevated pulse rate. Because saffron improves the viscosity of the blood, it also protects against arteriosclerosis (hardening of the arteries), a common systemic disease affecting the arteries causing deposition of blood lipids, thrombi, connective tissue inside vascular walls.

So far research has shown that saffron can help digestion, act as an aphrodisiac, fight against tumors and cancerous cells, help with neurological problems (i.e. Parkinson’s, Alzheimer’s, insomnia, depression, and memory), lower blood pressure, help with asthma, and can aid in circulation of blood to the retina of the eye.  This blood circulation helps in eye problems that are caused by old age such as macula lutea.

On behalf of the medical benefits seen on the eyes in some organisms, research has been carried out to further our knowledge on its effects on eye disorders.  Studies were done on albino rats to find out if consuming dietary saffron could help the retinas of these mammals to stay intact and continue to function properly after they were exposed to light that would otherwise damage their retina.  The rats used within this experiment were either given saffron or β-carotene. After being exposed to the harmful and extreme light for 24 hours, they recorded the flash electroretinograms (fERGs) of the control rats, and the ones that were treated with the saffron were recorded 1 day before and 1 week after the light exposure.  Overall the findings to this experiment were that the photoreceptor layer portion of the eye remained intact. Therefore it seems that saffron may help to, not only protect these photoreceptors of the retina, but also ensure that the morphology and function of it are not harmed by damaging light that animals can be exposed to, especially albino organisms that tend to be much more sensitive to bright light.

Furthermore, saponin from saffron is being heavily studied because it has so far been found to be a great adjuvant in preventing tumor problems.  Unfortunately, a huge problem in today’s world is the fatal disease of cancer. Currently there are studies that are being done that are helping to prove that the traditional Arab-Islamic medicines are beneficial in improving the quality of life of cancer patients.  The traditional remedies are herbal, spiritual, and nutritional approaches that according to a number of physicians and scholars, is proving to alleviate suffering from the patients and improve their quality of life.  One of the traditional spices used in Arab-Islamic medicines is saffron (Crocus sativus).  Therefore, it is possible that saffron is an herb that can help with patients with the fatal disease of cancer to become better and hopefully take away some of the suffering.  Studies are still being done, but saffron could be a possible cure to cancer, along with other organisms such as the Bladderwrack and Stinging Needles. 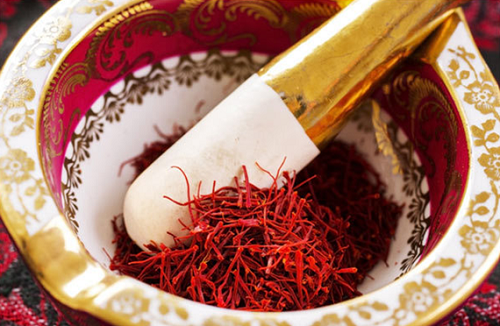 A number of well-designed clinical trials have been conducted evaluating the efficacy of saffron 30 mg daily over 6 to 8 weeks in mild to moderate depression. The studies found saffron to be more effective than placebo and at least equivalent to therapeutic doses of imipramine and fluoxetine using the Hamilton Depression Rating Scale. No significant differences were found in adverse events in any of the studies. However, the studies involved small sample sizes (40 patients) and were conducted by the same group of researchers, within a non–Western population. The cost of stigma-based saffron capsules is significant, and 2 of the trials evaluated petal-derived saffron with satisfactory results.  The same researchers favorably evaluated saffron for the relief of premenstrual syndrome.

Other medical uses of Saffron

Ethanol-impaired memory was improved in mice treated with crocin (Crocin is the chemical primarily responsible for the color of saffron.), but not crocetin, and it may have a direct effect on the hippocampus. Other trials have been conducted in animals to evaluate the effect of saffron on learning behavior, memory, and neuronal cell death.

A study in mice concluded that the stigma and petal from saffron demonstrated antinociceptive and anti-inflammatory effects.

saffron tea has been used in the management of psoriasis.