The effect of anything shows its worth. Some people or some things are known to change the equations and saffron is one of these things. In fact, anything which saffron is added to it can be defined before and after adding saffron. saffron transforms smell, color and taste. saffron even raises the respect of your product. When you give your audience something with saffron, you have indeed respected and appreciated them. Perhaps the best word that can be selected for saffron is power. Below, you can read some articles about saffron in international journals. 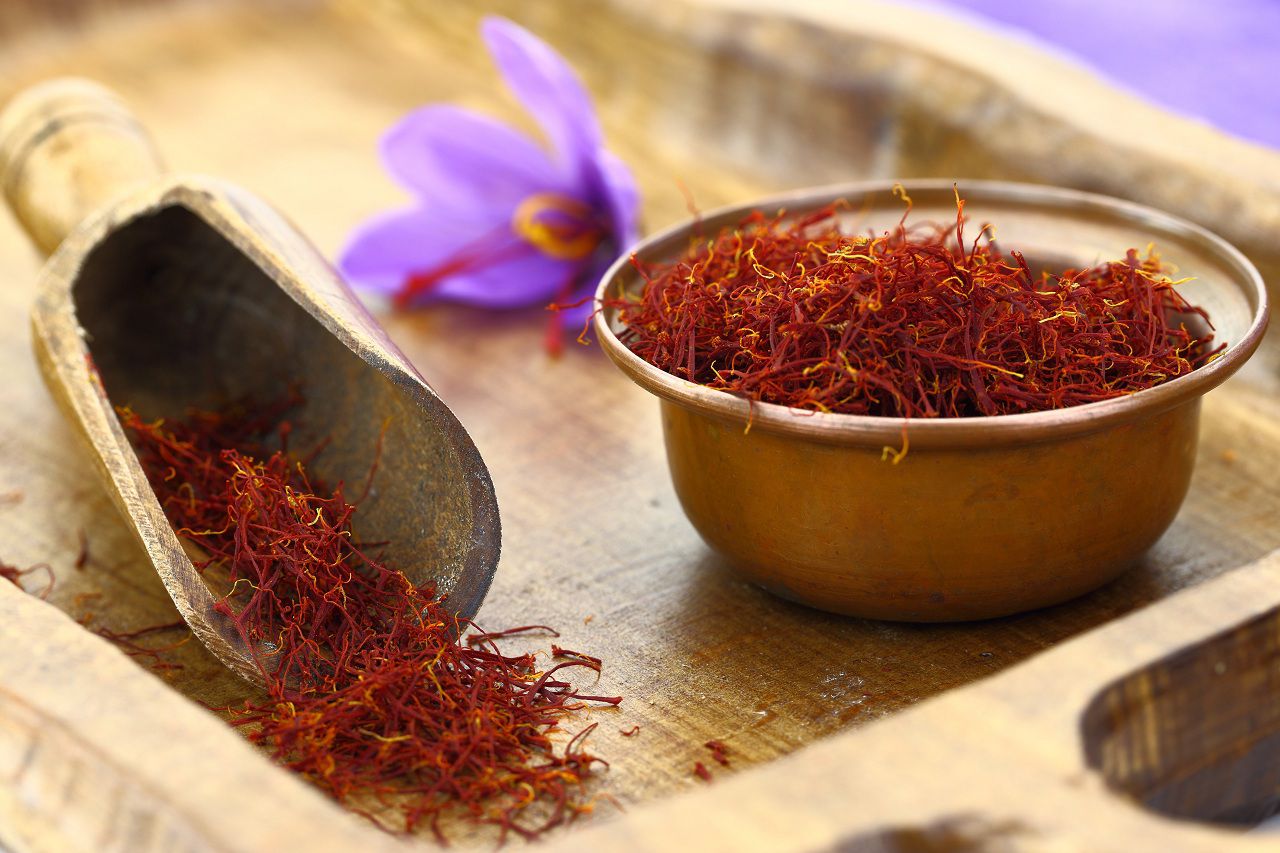 Why is saffron expensive? 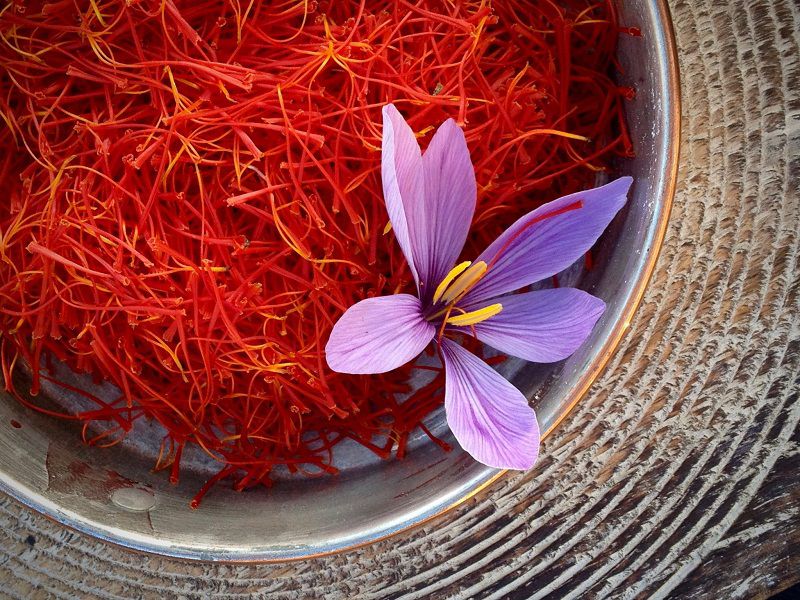 saffron is one of the most expensive things. Which plant is sold in grams? A very low number can be seen in this category. saffron is valuable as much as it is difficult to obtain. About 110/000 to 170/000 crocus flowers are required in order to obtain one kilogram of dried saffron! Apart from the fact that curing process, soil type and harvest time and the importance of speed increase the value of this magical spice.  Saffron has become one of the most expensive spices in the world due to high demand and limited production.

Iran can be considered as the cradle of the world’s saffron. Almost 90 percent of the world’s saffron is produced in Iran. Even many of saffron that are distributed with label of other countries are from Iran. saffron in Iran goes back 3000 years and still has its own power. saffron is known as the red gold of desert because its origin is Iran’s deserts. Even Unlike the fact that many believe the word saffron originates from Arabic name, Iran is the origin of its name and most of the Arabic sources have reference to Iranian sources.

Which are the types of saffron?

There are different types and degrees of saffron quality and their price is accordingly determined. In general, saffron can be divided into three groups based on parts of saffron flower. Straw saffron which is in form of string with a little yellow or white color at the end of the string. Flower head saffron is all red and the fine and its strings are broken since it is the sorted type of Straw saffron. Jeweled saffron is all red and bold, and approximately all of its strings are normal with minimal breakage. 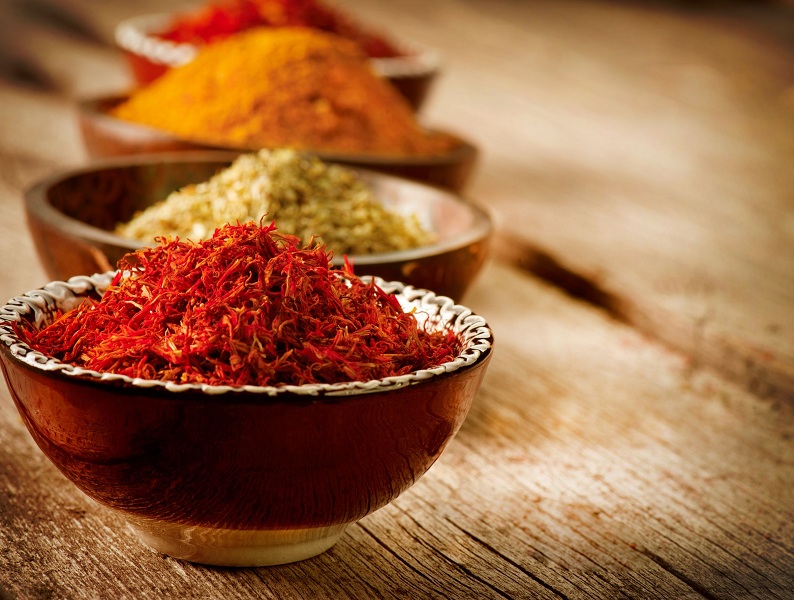 How cheating happened in case of saffron?

saffron is an expensive and popular product so there is no doubt that many profiteers are trying to gain more and start cheating. Given that there are too many methods of cheating some of which are dangerous. It is better to review common ways of cheating together and then discuss ways to differ original saffron.

Coloring, making heavy, mixing with stigma corn and adding oil are among the most common methods of producing fake saffron. One of the ways for cheating in saffron is mixing its stigmas with a kind of fat, sugar, salt or honey and increasing its weight.
The most dangerous method of cheating in saffron is the use of artificial colors. This matter can be detected in the laboratory because low coloring of saffron would be indicative of this cheating. These artificial colors are extremely dangerous to human health and in fact, colored flowers sold by other countries as saffron mostly in form of powder is the same dangerous artificial color.
The most natural method of cheating in saffron is use of natural colors of this plant to color other white parts of saffron and mixing it with this product. This method is the most respectful method of cheating! Which has unfortunately become very common. Fraudsters and suppliers can even swear on the purity of their product since they have used nothing but saffron.

How can we detect original saffron? 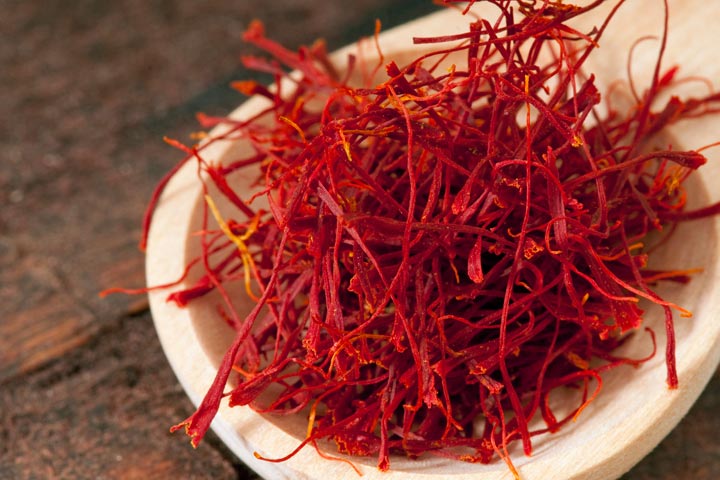 Detection of original saffron is sometimes very difficult and even experts cannot do it and cheating is revealed only by laboratory tests. However, detection of original saffron form twigs of saffron is the easiest way because twigs of saffron have three branches and their upper part is like clarion which become narrower as it becomes lower but if the saffron is powdered, the only way of detection is use of laboratory devices. Other methods are as follows:
If twigs of saffron are very bright, it should be sent to the laboratory.
Corn awn is straight but the top of saffron is curved
Pieces of saffron will turn purple or orange in exposure to Butane gas which is due to its potassium but yellow color is created in case of fake saffron (this method is mostly done in laboratories)
If we put saffron strands in brown paper and press it, there should be no grease stains and if there is, saffron is fake
Color of saffron strands are insoluble in gasoline which means color of gasoline should not change when we put saffron strands in it.
If we place a few saffron strands in a cup of boiling water, it should not turn white after about 5 minutes and if it does, saffron is fake
If we place saffron in boiling water, its color should turn yellow and not red or dark orange
Color, odor and taste of it is a crucial test for experts. Original taste of saffron is slightly bitter but pleasant and it has slightly spicy odor. 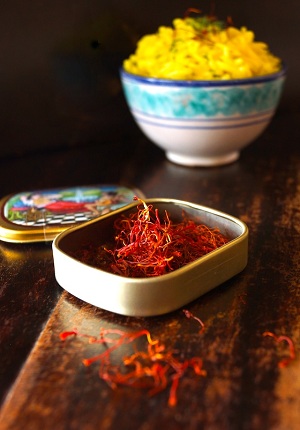 Facts about keeping and buying saffron

saffron has a great value and power so it is not bad to know some facts about it.
Do not buy saffron in high quantity for domestic use because saffron flavor becomes weak over time so always buy as much as you need. Packages up to 5 grams can be a decent amount for ordinary families.
Store saffron metal containers with glass because plastic containers affect the smell and taste of saffron and absorb them.
Crush saffron only when you want to use for a short time because process of reducing odor and taste increases in crushed saffron.