There is no doubt that  Iranian pistachio has the best taste and maximum nutrition.  The special climate of Kerman province is the only best place for growing pistachios.

Iranian pistachios offer various advantages that set them apart from other types of pistachio in the world. Higher meat content offers better value for money. Iranian pistachios have a world-famous taste that is unrivalled.
This taste advantage is enhanced by roasting Iranian pistachios at higher temperatures, made possible by higher unsaturated oil content. This high temperature roasting eliminates any bacterial contamination, which may be present in raw product.

In general, all commercial varieties of Iranian pistachios fall into two categories by shape: round and long. A pistachio type is called long if the ratio of the length to the greatest diameter is more than 1.5, otherwise, it is called round. The original wild Pistacia vera trees produced nuts of the long type. The first round variety was developed by a farmer from Rafsanjan named Mr. Ohadi some 70 years ago. Some earlier commercial varieties, such as Sefid Peste and Momtaz, have gone out of fashion and are not budded anymore.
Today, there are four different commercial varieties of pistachios cultivated in Iran, which have differing characteristics and properties as listed below: 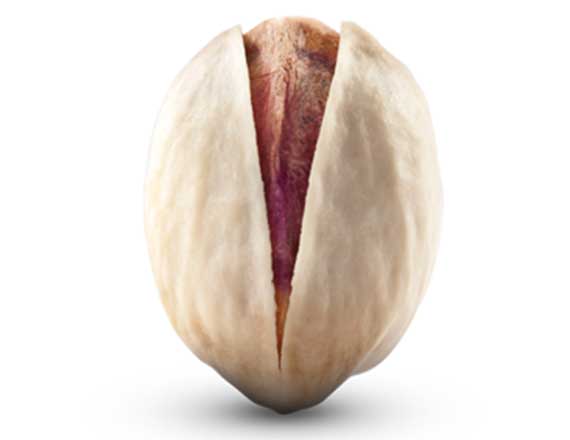 This cultivar is the most widely available pistachio variety and grows in most pistachio growing areas of Iran. Fandoghi is of round type and has the lowest shape index among the four cultivars. It comes in the following sizes 28/30, 30/32 and 32/34 nuts per ounce. Size 26/28 is also available in small quantity. 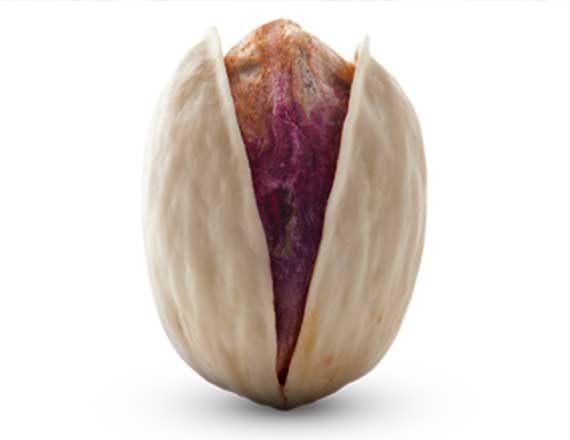 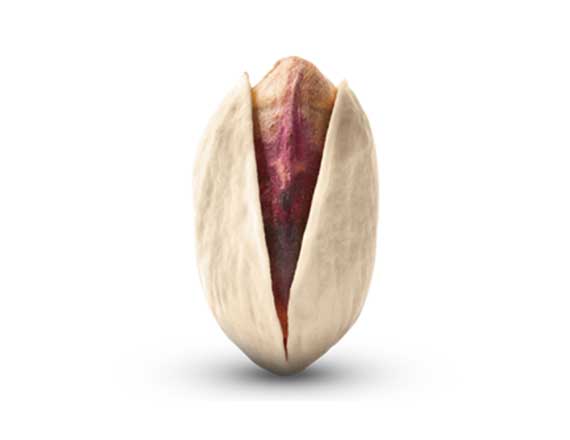 This is a newer variety with good yield and with long, large nuts (sizes: 20/22, 22-24 and 24/26, with 18/20 also available in small quantities). It has the highest shape index (longest). Its the most easy-to-open pistachio variety among the four. 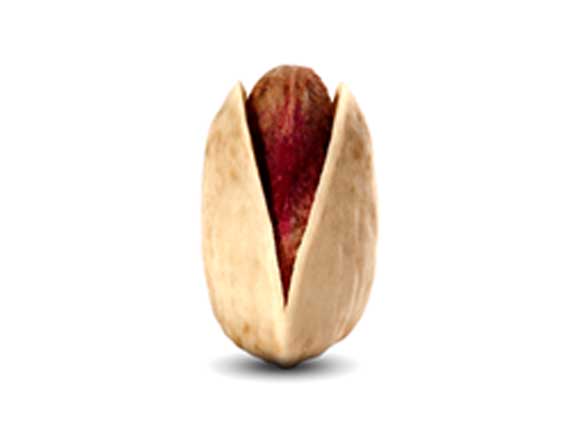 The newest commercial variety, very popular with the farmers, because of high yield and its shorter time to reach production. It is very popular in some markets like India and Greece. Production of this variety is increasing. The appearance of Ahmad Aghaei pistachio resembles the Kerman variety of US pistachios. It also has the whitest shell hue among the four. Ahmad Aghaei is a long pistachio type, with the shape index just falling above 1.5. It comes in sizes 22/24, 24/26, 26/28 and 28/30, with 20/22 being available in small quantities.

On the whole Kalleh Ghouchi is not being budded anymore and production is from existing trees. Although commercially quite successful, Kalleh Ghouchi trees showed a steep drop in growth and production as they grew older than 40 years old. It is expected that the production would slowly decline.
At present, probably around 50% of Iranian production is of the Fandoghi type. Due to its limited yield, the new orchards are seldom planted with this variety. It is expected that the production will stabilize at present levels. Kalleh Ghouchi is on the decline being replaced by Ahmad Aghaei. Newer orchards are being budded with Ahmad Aghaei or Akbari varieties. In the future, more of these two varieties are expected to be available in the market.

Iranian pistachio is the Rolls Royce of the pistachios worldwide.