It should come as no surprise that nuts—arguably the most violent snack—come from one of the most aggressive industries in the U.S. food market; cracking nuts, cracking skulls, cracking down on trade agreements that would open the industry to outside markets.

We’re talking, of course, about how the California pistachio industry is obsessed with maintaining a trade war with Iran, one of the world’s leading producers of the salty treat. Stewart and Lynda Resnick, the couple behind The Wonderful Company, one of California’s largest pistachio farms and producers of Fiji Water, have consistently lobbied for a trade war with Iran.

This pistachio-trade war is the subject of a forthcoming documentary from journalist Yasha Levine and filmmaker Roman Wernham. pistachio Wars seeks to investigate how the Resnicks “have been responsible for both making the pistachio into a ubiquitous snack food in the U.S. while also eating away at Iran’s global marketshare,” per a profile in Bourse and Bazaar. 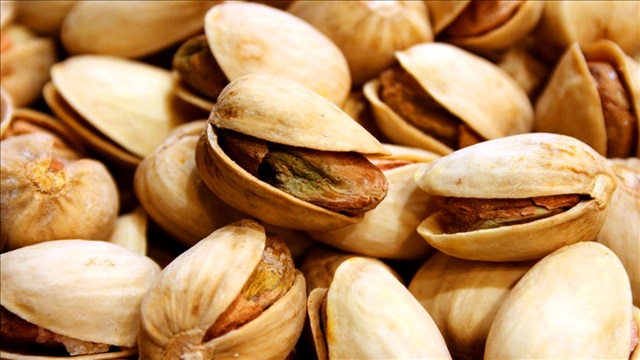 The Resnicks have mobilized the California pistachio industry, turning them into foot soldiers in the attempt to keep financial pressures on Iran; at the same time, The Wonderful Company has been one of the foremost figures in commodifying water, donating to specific political campaigns and figures that would support their business over the entire population of California. In the process, The Wonderful Company has undermined environmental protections while still maintaining a liberal image in the eye of the public through donations to presidential candidates Kamala Harris and Elizabeth Warren.

At the same time, The Wonderful Company are known supporters of three prominent Republican congressmen: David Valadao, Kevin McCarthy and Devin Nunes. All three have regrettable stances on the lightening of sanctions on Iran; Valadao is misguided enough to believe that decreased sanctions would strengthen Iran’s economy, which would somehow “make the Middle East even less stable and increase the likelihood of war in the region,” per Bourse and Bazaar, while Nunes modifies that logic to say that financial stability would “exploit the global economy to finance the growth of the …web of terrorism to every corner of the planet.” They both seem to have forgotten that the rise of global terrorism stands as a direct result of increased sanctions, financial instability and unnecessary U.S. involvement in political affairs.

Moreover, the Resnicks have donated to prominent think tanks and lobby groups that promote a more confrontational stance toward Iran, including the Washington Institute on Near East Policy, which notable held a conference calling for American support in an Iranian regime change. This is the language of interventionism and war.

Of course, it’s all about business and fostering economic growth for one of the world’s leading agricultural companies. Sanctions have proven to be massively beneficial to the Resnicks and other California pistachio farmers. Per Bourse and Bazaar’s profile, Levine asserts that “the U.S. pistachio industry as a whole is very aware that its success has been born out of the sanctions against Iran.”

In the end, the pistachio farmers come to represent the failures of late-stage capitalism. Using neo-liberal language and promoting a supposedly healthier snack, they’re pivotal figures in the destabilization of not only the Middle East, but also California’s environmental protections.