Heriz rugs are Persian rugs from the area of Heris, East Azerbaijan in northwest Iran, northeast of Tabriz. Such rugs are produced in the village of the same name in the slopes of Mount Sabalan. Heriz carpets are durable and hard-wearing and they can last for generations. 19th century examples of such carpets are often found on sale by major auction houses in United States and Europe. Part of the reason for the toughness of Heriz carpets is that Mount Sabalan sits on a major deposit of copper. Traces of copper in the drinking water of sheep produces high quality wool that is far more resilient than wool from other areas. 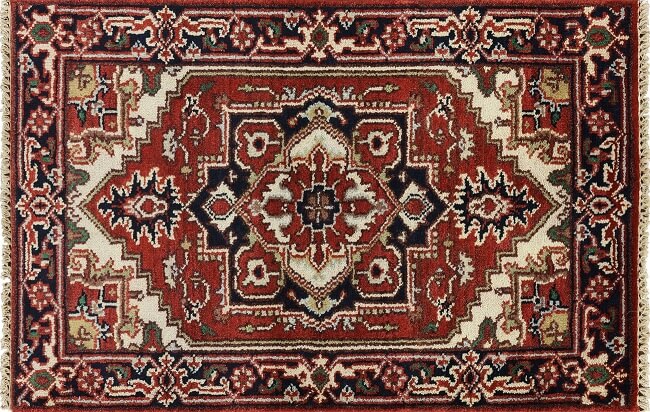 Heriz rug weavers often make them in geometric, bold patterns with a large medallion dominating the field. Such designs are traditional and often woven from memory. Similar rugs from the neighbouring towns and villages of the Heriz region are Afshar, Heris, Mehraban, Sarab, Bakhshaish, and Gorevan. [citation needed] The grades of these rugs are primarily based on village name. Serapis, for example, have been considered the finest grade of Heriz since the beginning of the 20th century.

Heriz rugs are of coarse construction. The rugs range from 30 kpsi on the low end to 100–110 kpsi on the high end. It is rare to see a rug over 100 kpsi that would look like an authentic Heriz unless it is an antique silk Heriz. 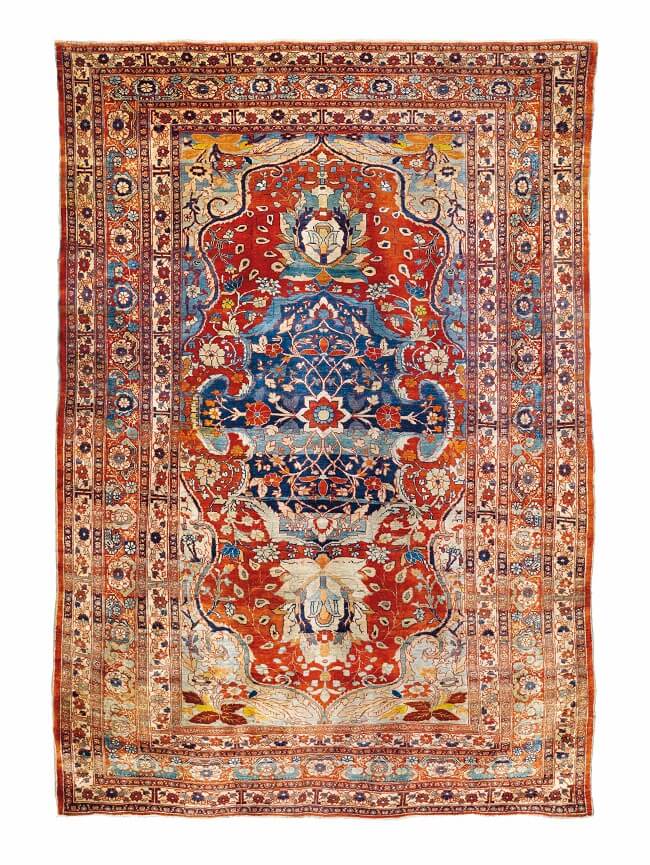 The rugs are famed for their hardwearing and durable qualities, some of the toughest rugs you will find and are extremely popular with modern interiors. The wool used is of a high quality and despite its durability it is surprisingly soft to the touch. Design is tribal and tends to geometrically adapt versions of certain Tabriz patterns; they have an eight-sided geometric medallion in the center, usually surrounded with lighter earthly and rustic tones. Heriz rugs are medium to large in size, The rugs are charming and easy on the eye with a balanced natural colour scheme which improves with age, increasing the value of the rug as it gets older. Antique Heriz rugs are treasured and highly sought after by enthusiasts and antique-dealers alike.