The rugs are not only floor coverings – they’re works of art. Renowned for their rich colors and interesting designs, Persian rugs are made with all-natural wools, silk and vegetable dyes, rather than synthetic materials. Their beauty, and the impact it will have on your home, cannot be overstated. Because of their painstaking craftsmanship, Persian rugs are also highly regarded for their quality and durability. With the right attention and care, they’ll be enjoyed for generations to come. These pieces are also great investments, often increasing in worth if properly maintained.

There is a common misconception that Persian rugs make up the vast majority of the Oriental rug Market, and that Persian rugs are superior in quality to those made in other countries. Contrary to popular belief, this is not the case. The rugs from countries like India, Pakistan, China, etc. can be just as good or better than rugs made in Iran. Currently, there is an embargo against Persian rugs due to the sanctions imposed on Iran.

Most antique hand woven rugs are either referred to as either Persian or Oriental rugs. Often Persian and oriental rugs are used interchangeably but have you ever wondered what exactly the difference between the two is?

These hand woven rugs have their own history with ancient and intricate designs, natural wool fibers, durability and extensive workmanship making them most valuable and highly sought after around the world.

Most carpets crafted in Asia or the Middle East, including China, India, Egypt, Afghanistan, Pakistan and Iran, was considered oriental. Well, when Persian Empire was at its peak, Persian rugs were most popular among European consumers. Since Persian carpets were technically also oriental, the two terms became confused and started being used interchangeably. 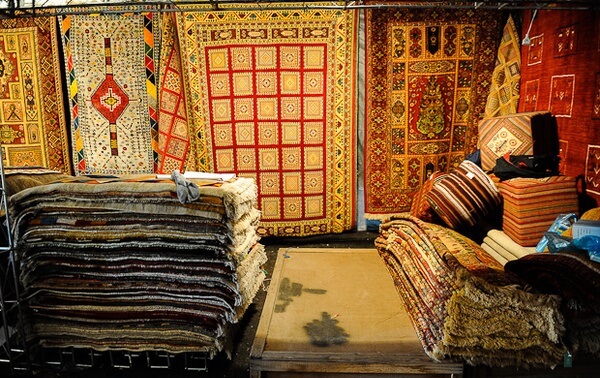 Persian rugs are technically oriental rugs that are manufactured in Middle East specifically Iran which was formerly known as Persia.

Now-a-days, Persian and Oriental refer to the style, technique and design of the rug rather than the region where it was made. Persian rug designs are named after the tribe or city in which they were created. Tabriz, Hamadan, Gabbeh, Heriz, Kashan, and Kerman are some of the most popular designs. Persian rug have unusually thick pile (up to 160 knots per square inch), extremely rich color combinations and unique designs like husks, pomegranates, jugs, crosses, combs. 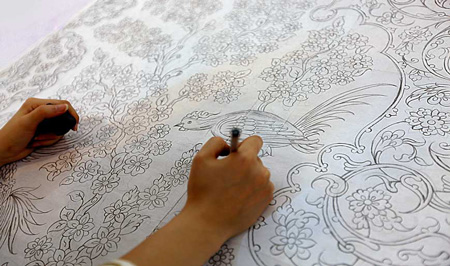 On the contrary, the designs of oriental rugs represent distinctive customs and traditions of the region they are produced in. for example silk rugs are a popular product of China characterized by traditional Buddhist motifs and palate of traditional colors. 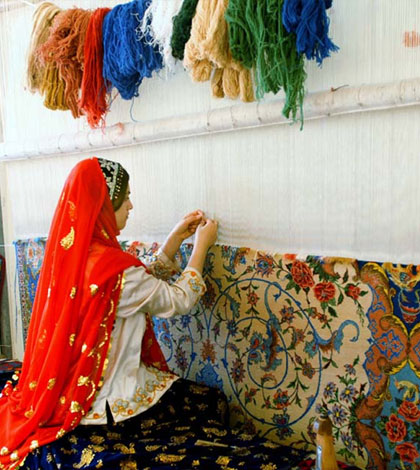 While there are some common materials used between the two distinctive styles of rugs. Persian rugs, depending on where it was produced and the artisan, are typically made from camel hair wool, kork wool (gained from wool growing on sheep’s neck which is higher grade of Persian wool) and Manchester wool and you can also find cotton iterations as well.

Oriental carpets can be pile woven or flat woven without pile using  materials such as silk, wool and cotton. Oriental rugs also tend to have higher concentrations of cotton being used in their threads essentially making them less valuable to collectors and more susceptible to damage or dye deterioration. 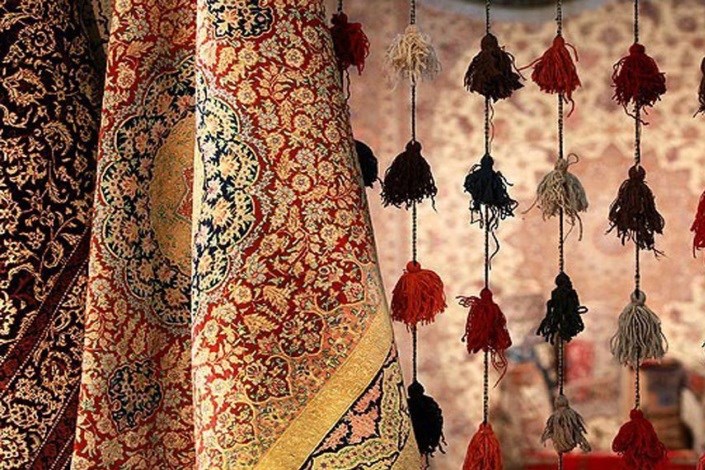 The ancient and traditional process of hand washing a rug creates a big difference between oriental and Persian rugs. One of the reasons that Persian rugs are thought to be the softest in the entire world is because they are traditionally hand washed.

Both oriental and Persian rugs are beautiful and unique in their own way. Both types of rugs increase in value over time. To be considered truly Persian or oriental, rugs must be handmade by skilled artisans. These rugs represent culture and tradition at the center of making each one and making them heirloom treasure.  Today, many elements of the carpet are created by machines, like the dye and thread. However, they are still knotted by hand using the same techniques carpet weavers used for hundreds of years.

Whatever your taste you can almost always find something suitable – subject to price – from the vast range of designs and patterns that have emerged over years.

It’s good that you highlight the aesthetic appeal of Persian rugs. I want to have visually appealing rugs to cover the floor in my house, so I’m considering buying some Persian ones. I’m going to look for a good company that can sell me some Persian rugs.