Tabriz, located to the north-west of Iran, is Iran’s second oldest city and has been at the center of the rug making world for hundreds, perhaps thousands of years. Due to the sheer size of the rug industry in Tabriz the design as well as quality varies greatly. This is partly caused by Tabriz’s exposure to high levels of world trade as well as being a central hub for carpet export in Iran. Tabriz rugs can be found in limitless designs. Below is an example of two of the most popular Tabriz designs the coral field and mahi patterns.

A Tabriz rug/carpet is a type in the general category of Persian carpets from the city of Tabriz. It is one of the oldest rug weaving centers and makes a huge diversity of types of carpets. The range starts at Bazaar quality of 24 raj (Number of knots per length of 7 cm of the widths of the rug) and on up to the incredibly fine 110 raj. Raj are the units of knot density (it shows the fitness of the rug which based on the number of strings used for the foundation of the rug. Strings materials are usually made of cotton or silk which is used for very fine rugs).

Tabriz has one of the most diverse displays of designs from medallion, Herati/Mahi, to figural, pictorial, and even 3-d shaped rugs. The major producers in Tabriz today include: Alabaf of Tabriz, Galibafi Nassadji Tabriz, and Miri Brothers. 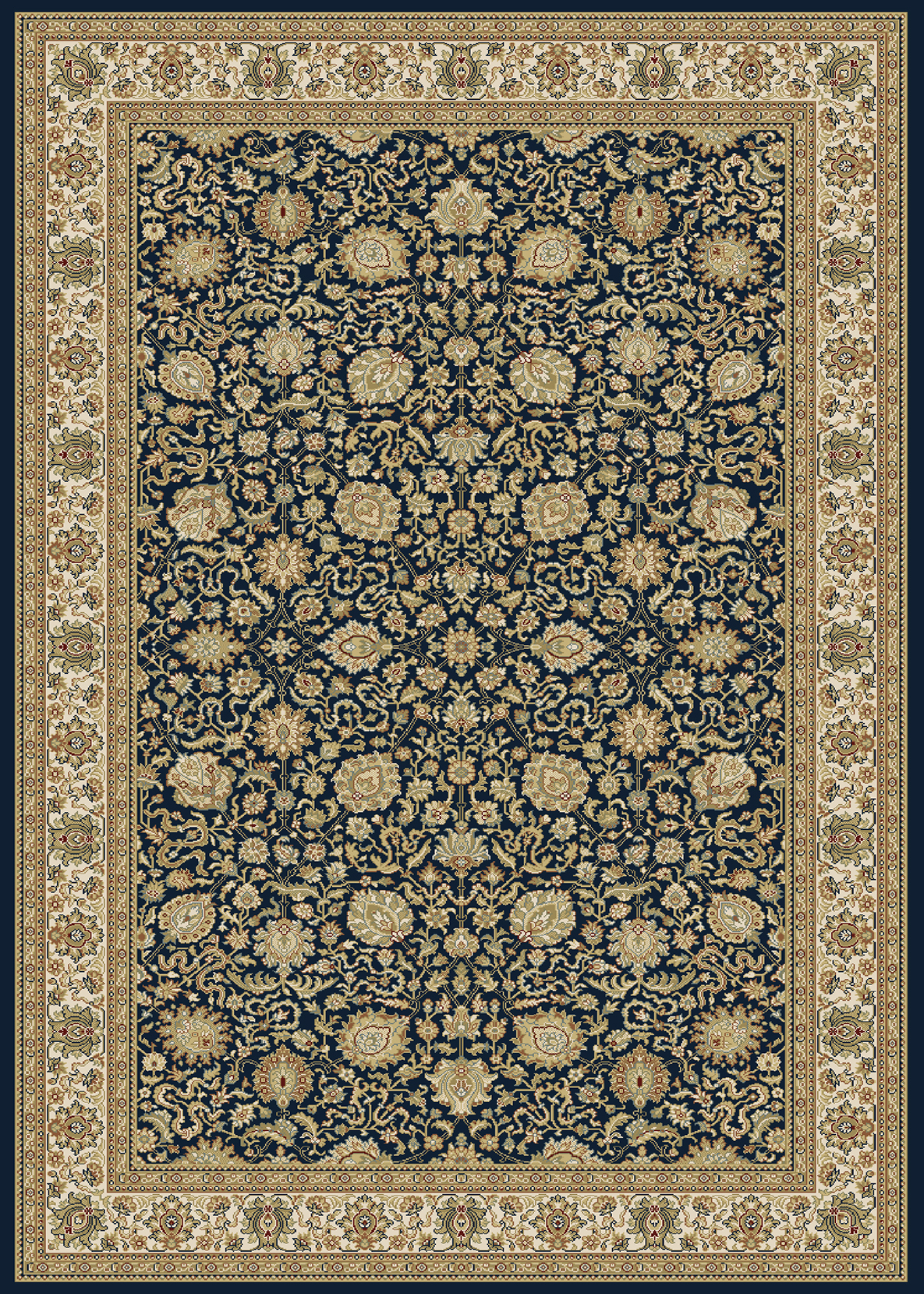 Tabriz has been a large and worldwide famous carpet making center in the Iran and the world. It played a significant role in development the rich traditions of the decorative and applied arts.The art of Tabriz carpet was in its zenith in the 12th-16th centuries. About 200 Tabriz school masterpieces of the classical or “golden” period of the 14th century are characterized by a harmonic merge of the arts of miniature paintings and weaving, by a high level of craftsmanship demonstrated by artists and carpet weavers.

Most Tabriz rugs have a powerful red or blue with contrasting ivory background. Softer greens, blues and browns can be found in newer carpets to meet modern tastes and interiors. Tabriz is the host to some of the most beautiful rugs in the world and can have the price tag to match. In general the knots are fairly dense but can range anywhere between 120-850 knots per square inch (KPSI). The foundation is normally cotton with a wool pile in most cases. The popularity of Tabriz rugs dictates that all ranges of sizes, shapes, qualities and materials will be used. However, in general a good Tabriz rug will be of a high standard, medium to large in size and made with fine, soft wool.