It’s the bright-green nut that makes everything look cheerier. In some countries, it is also known as the ‘smiling’ or ‘happy’ nut – indeed, when the hard casing splits, it can look like a smiling face. But this is a nut that offers more than good looks. It’s a nutritional powerhouse, and even a world champion!

The English name pistachio is derived from “Pisteh”, which is a Persian name. Also known as the green almond. pistachio nuts are intertwined with Iranian culture and are actually present in all facets of Iranian life. pistachio nuts get a mention in all Iranian literature, stories, beliefs, traditions and rituals such as Norooz (New Iranian Year) and Yalda festival are even consumed in weddings and funerals.

This dry fruit can be cultivated in severe weather conditions such as coldest winters and hottest summers. the temperature can range from -15 degrees to 45 Celsius in summer  that’s why desert areas are suitable for growth.currently Iran tops the list with the high quality production of 472,097 metric tonnes. research has found that 60% of overall pistachio is used in ice creams and kulfi, also served in roasted in salted form of nuts. This dry fruit has several health benefits one of them is cholesterol reduction from human body.They contain antioxidant which are good for skin cells, largest amount of vitamin E is also present in seeds which has several advantages.

currently Iran tops the list with the high quality production of 472,097 metric tonnes. Iranian pistachios offer various advantages that set them apart from competitors. Greater choice is offered to customers through four main commercial varieties. Additionally, higher meat content offers better value for money. Iranian pistachios have a world-famous taste that is unrivalled. This taste advantage is enhanced by roasting Iranian pistachios at higher temperatures, made possible by higher unsaturated oil content. This high temperature roasting eliminates any bacterial contamination, which may be present in raw product. The following list details the five major advantages of Iranian pistachios:

Variety There are many different varieties (cultivars) of Iranian pistachios. The following four go into international trade: Fandoghi (40% of pistachio orchards), Kalleh-Ghouchi (20%), Akbari (15%) and Ahmad-Aghaei (12%), with the last two on the rise. Each variety has its own differing properties and flavor. 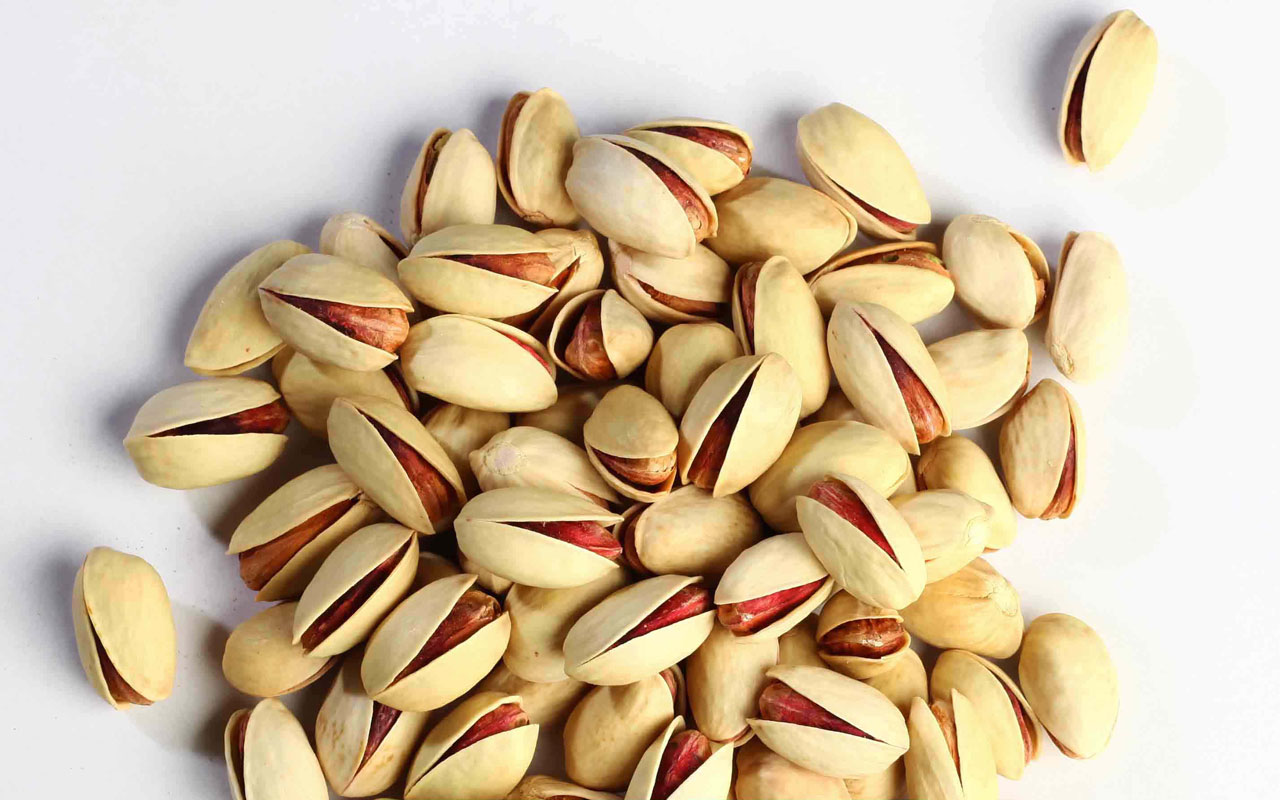 Higher Kernel to In-Shell Ratio  Iranian pistachios have a high kernel to in-shell ratio, meaning you are buying a higher amount of the edible kernels for the same amount of pistachios you buy.

Roastability  Due to their higher unsaturated oil content, Iranian pistachios have the capacity to be roasted at between 160 to 180°C (hot air stream temperature). Good roasting brings out the unique flavor of the nut, while eliminating any live bacteria from the roasted product. It is obvious that lower roasting temperatures of around 120°C recommended by some suppliers will not achieve the two above benefits.

Tradability  The large number of producers, buyers, exporters and importers of Iranian pistachios makes for conditions of perfect competition in the market. As a result, fairer trading opportunities present themselves to those engaged in buying and selling Iranian pistachios. In the absence of conditions of perfect competition, the market may face price fixing and market manipulation by influential players.

currently United states is second of the list with the production of 231,000 metric tonnes. During the 1880s, imported pistachios were popular in the USA, especially with Middle Eastern immigrants. After many years of experimenting, the concept of the American pistachio industry was becoming a reality. Word of the new crop spread, and plantings emerged throughout California in the 1960s and later in Arizona and New Mexico. American pistachios are very similar to Iranian pistachios but with a little difference in quality and size and absolutely in price. 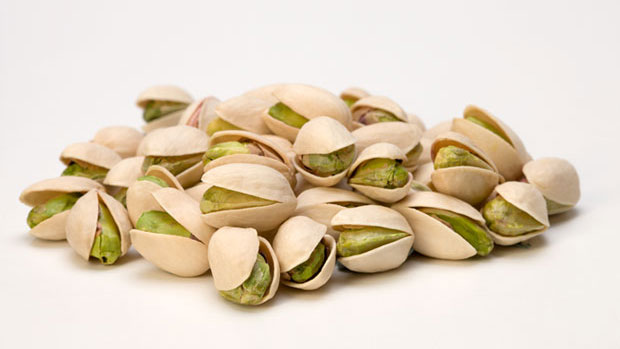 The pistachios grown in the United States produce slightly larger nuts. A Turkish pistachio also tends to be a little harder to open than other varieties because the shell, which is more slender and elongated as well as very hard, does not open as much as other types do when dried and roasted. 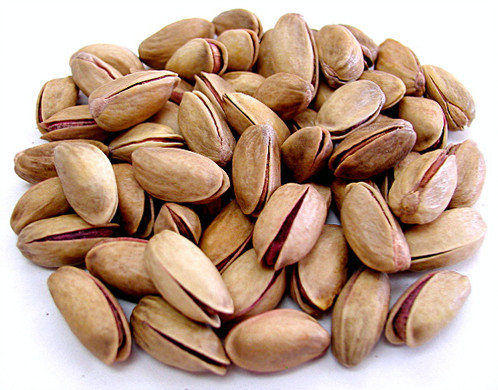 The flavor of the Turkish pistachio is widely regarded as being superior to other varieties, except perhaps the Iranian pistachio, and are significantly more expensive than the larger varieties grown in the United States. It is the sweetest and most robustly flavored of all pistachio varieties, a characteristic which is enhanced by roasting.

Iran is the best not gonna lie

turkish pistachio is my fav.